Roberta Peters is one of the most well known, famous clients of Joseph Pilates, primarily because she appeared in Life Magazine working out with Joe and Clara in the studio. She was also a student of William Herman. Image first shared on 3/31/21. 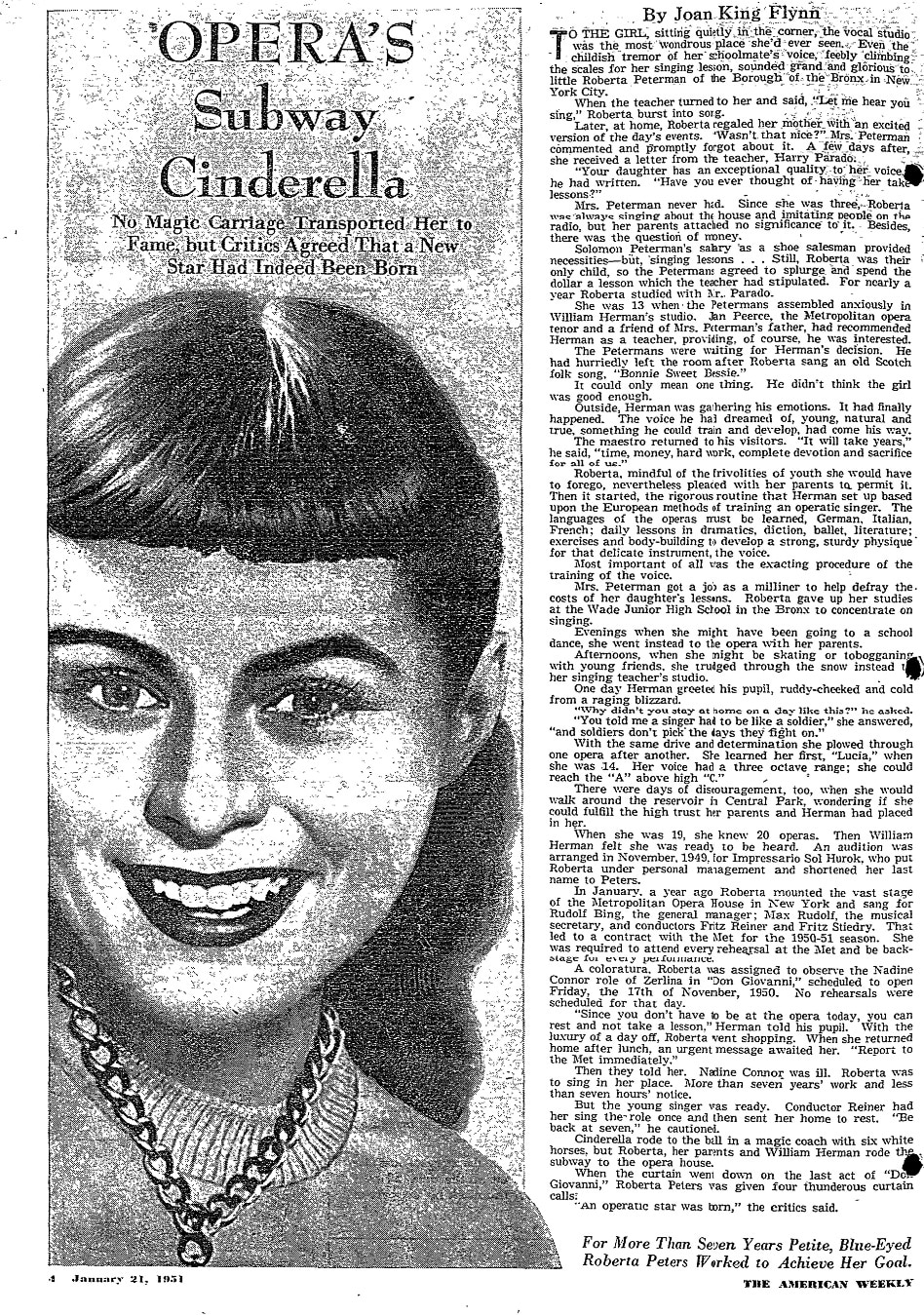 This article appeared in Life Magazine and was about Roberta Peters. It depicted her time in the studio with Joseph Pilates as well as a voice lesson with William Herman. Images first shared on 10/15/21. 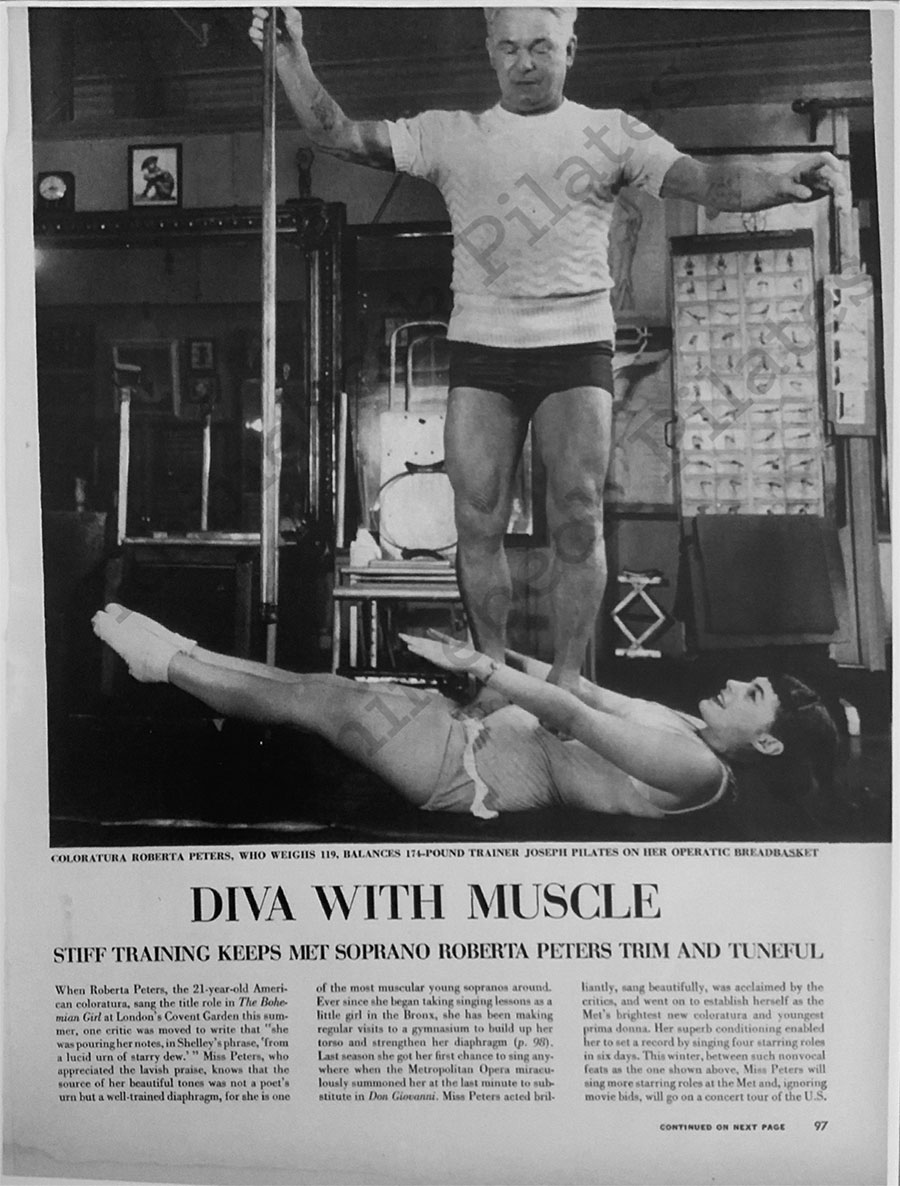 In February 2022, The Pilates Source® conducted research into Roberta Peter’s personal diaries, datebooks, and address books from the 1950’s while living in New York City. Her diaries and datebooks reflect fascinating data such as appointments at the Pilates studio, appointments with William Herman, and even describe some of her voice lessons with William Herman. Here is a sampling of some of our research. Included are the addresses of the Pilates Studio and William Herman’s studio. Also included but not pictured are the addresses and names of other famous people of her time, who were her friends. Images first shared on 4/22/22. 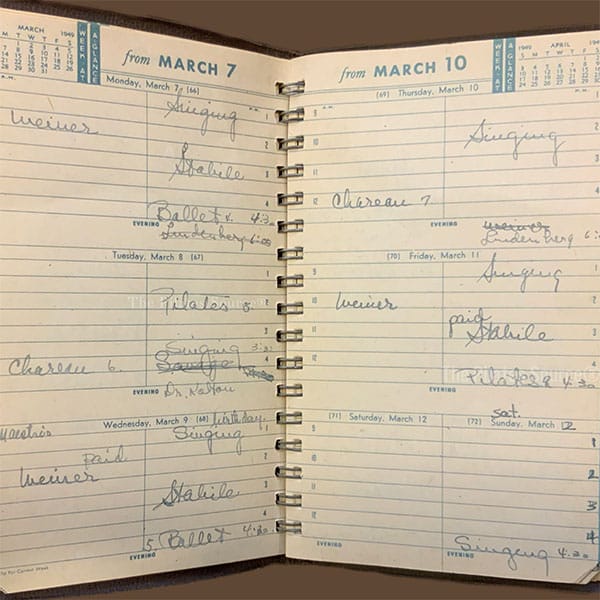 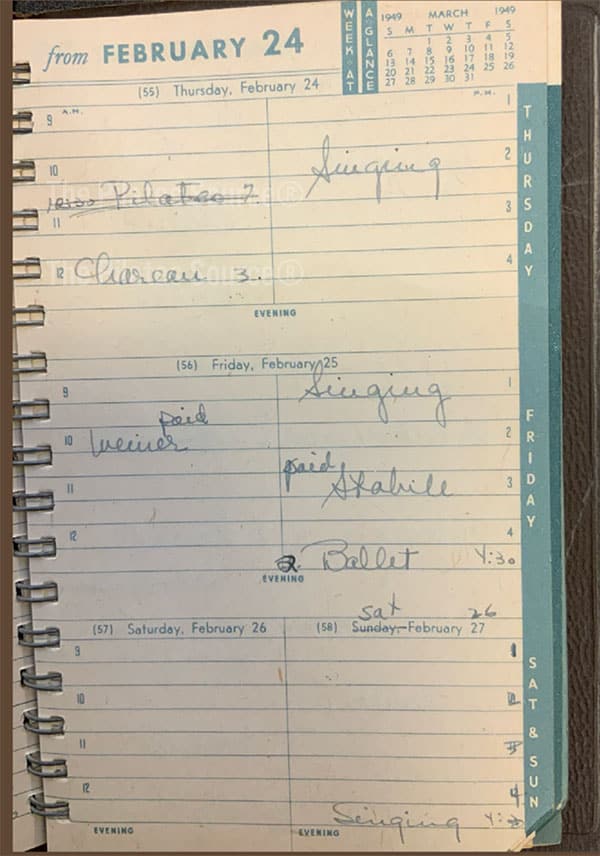 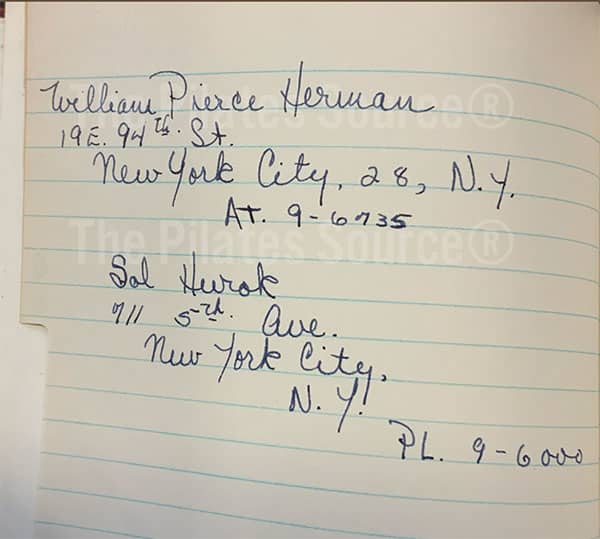 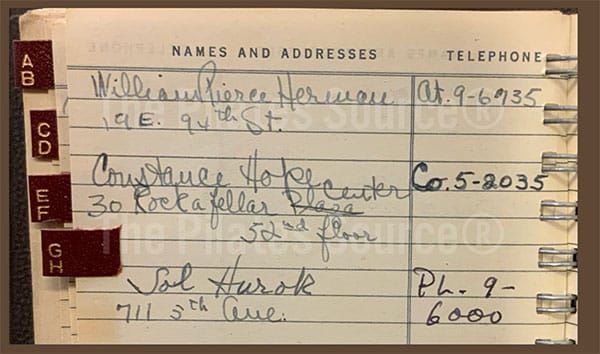 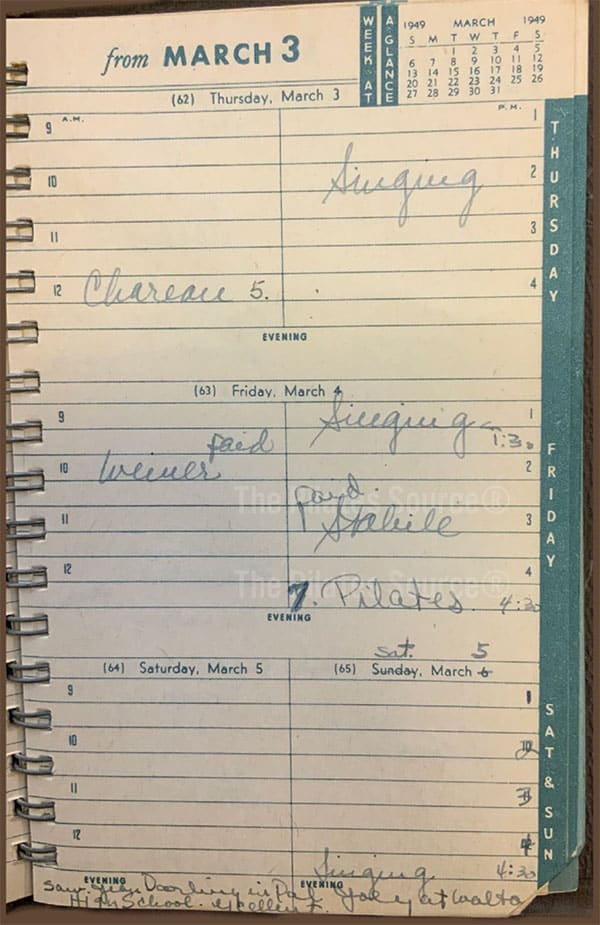 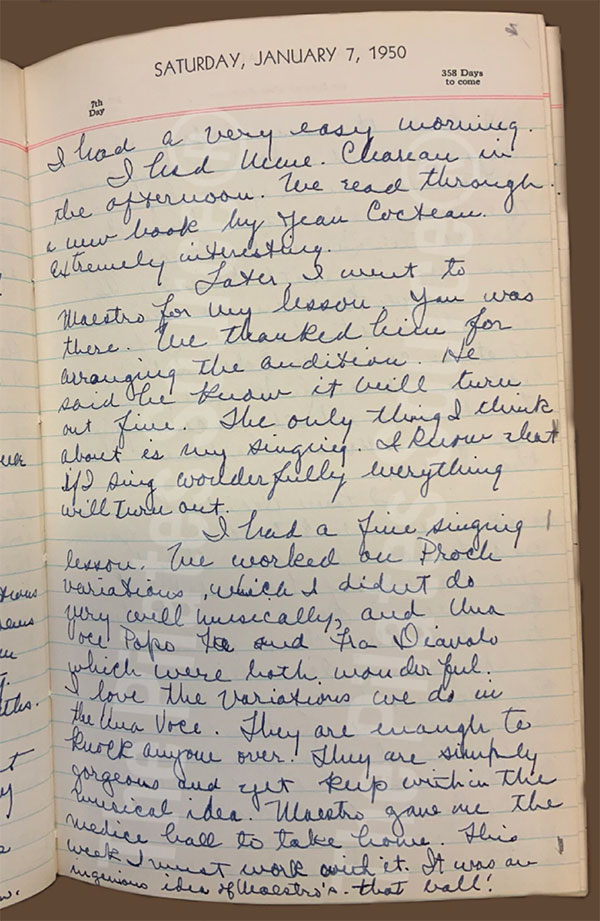 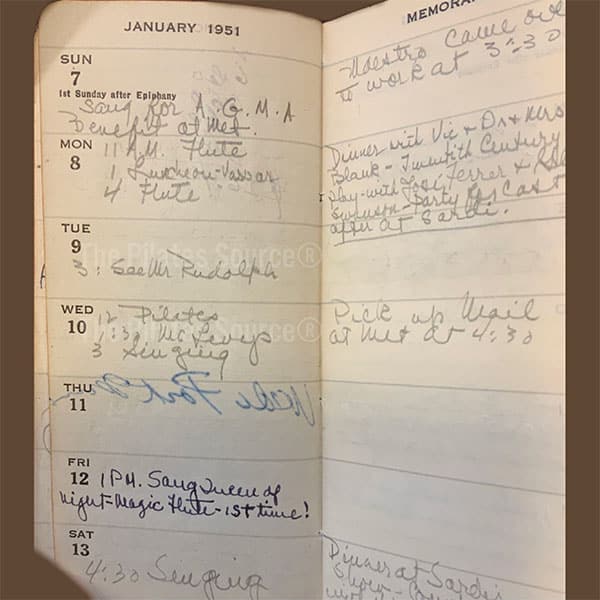 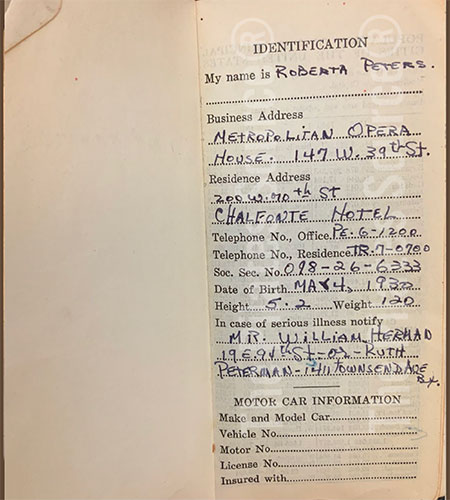 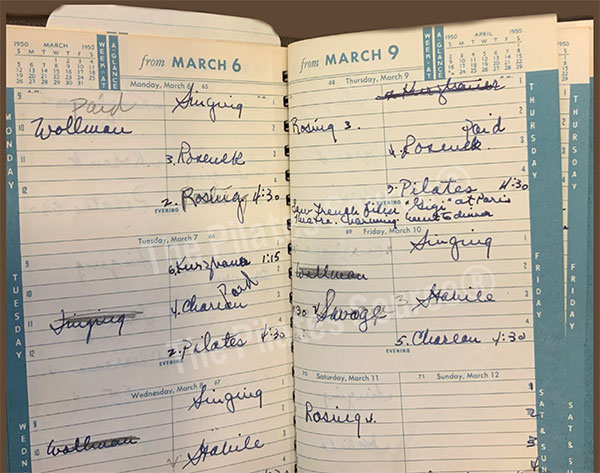 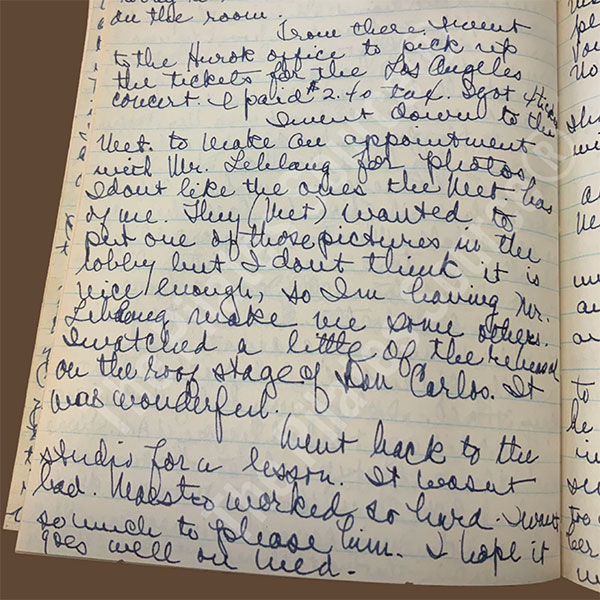