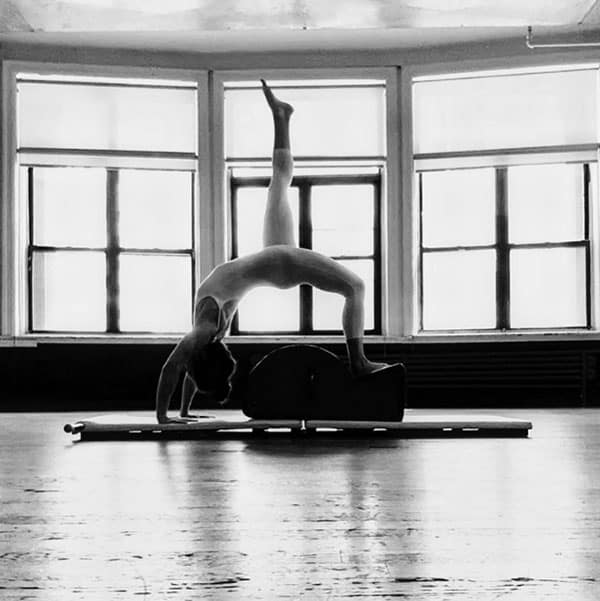 Photo taken during a Pilates Source® photoshoot using original apparatus from Joe Pilates, in his original 939 8th Avenue Studio space. What an honor it was to bring his equipment back to the very space it once resided in! Image first shared on 9/28/2022.

What was once Joe’s original NYC studio: Then and Now

This post will compare some details of the space that still exist today, compared to Joe’s time there.

A careful Pilates Source®️ investigation throughout the space that was once Joe’s studio at 939 8th Ave in NYC, uncovered something incredible- evidence of Joe and his original colors that he had painted the walls and windowsills!

It’s crazy to imagine that these small samples from Joe himself still exist today.

As we can see in these research photos I took of Elaine Malbin in his studio, the colors Joe had painted the walls and window sills in his studio were teal and brown. Amazing!

Now, we have physical evidence of this exact paint- and the location of these paint chips verifies the areas of his studio, including the “back room.” Just WOW!! 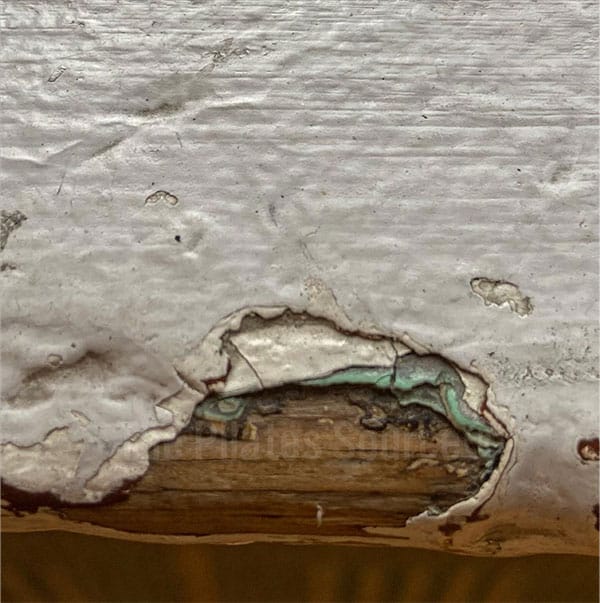 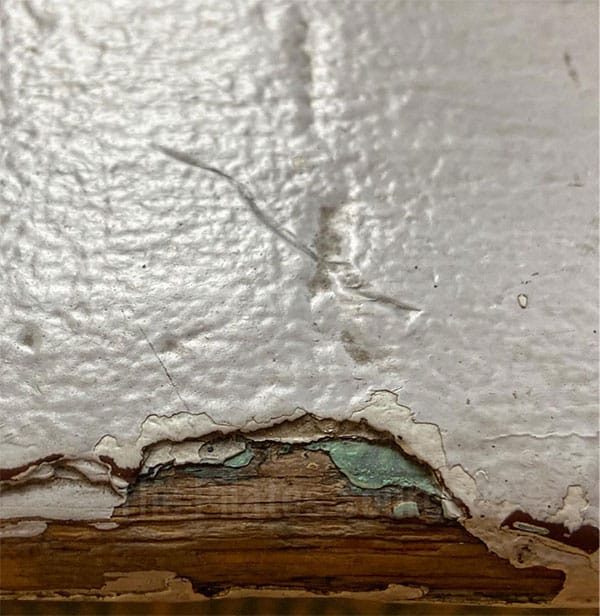 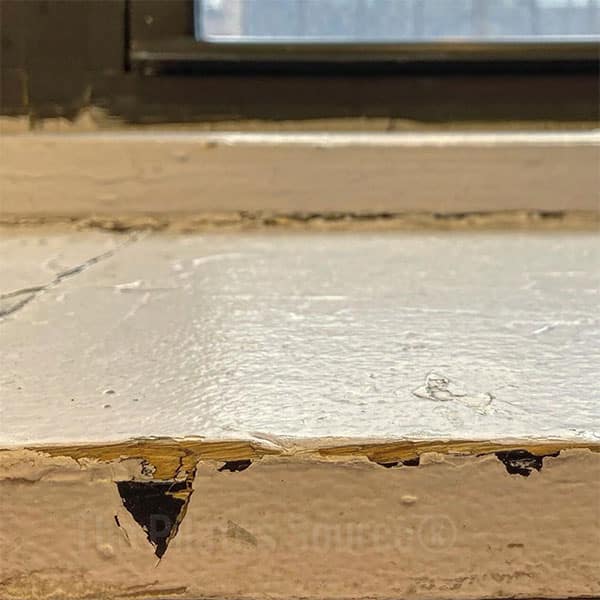 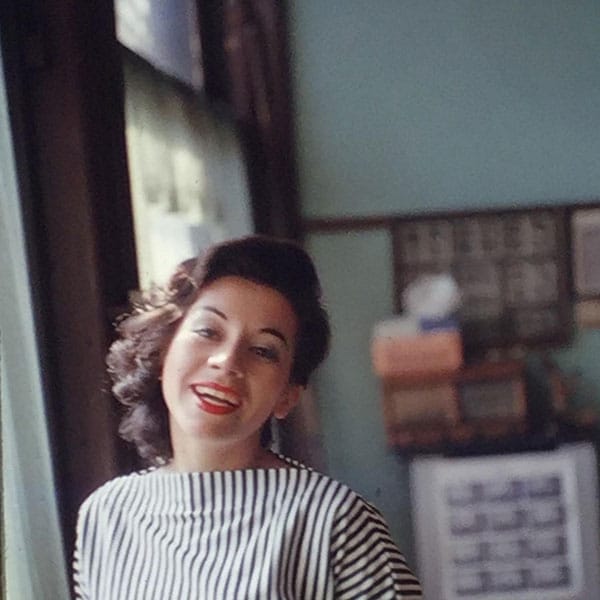 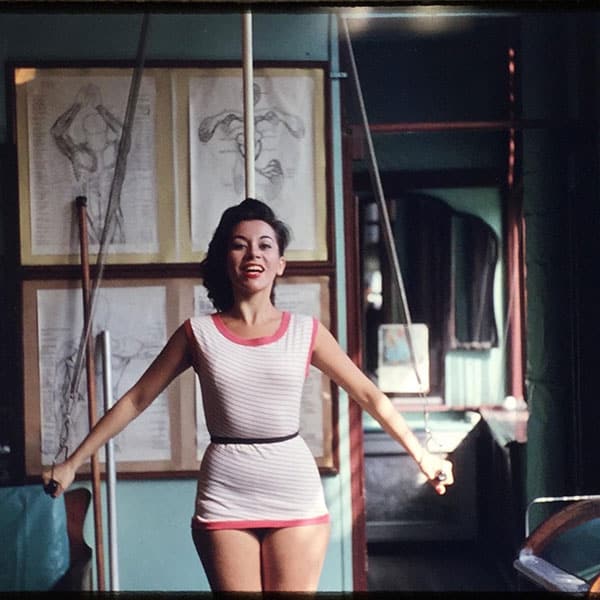 One of our Pilates Source® discoveries was that the paneling that we always see in photos of Joe’s studio was actually a radiator cover. In the photo of me, you can see the radiator is still there today. Then in the photo of Joe’s studio, we can see that he had built a cover for the heater that acted as a ledge along the windows as well. Who knew?! 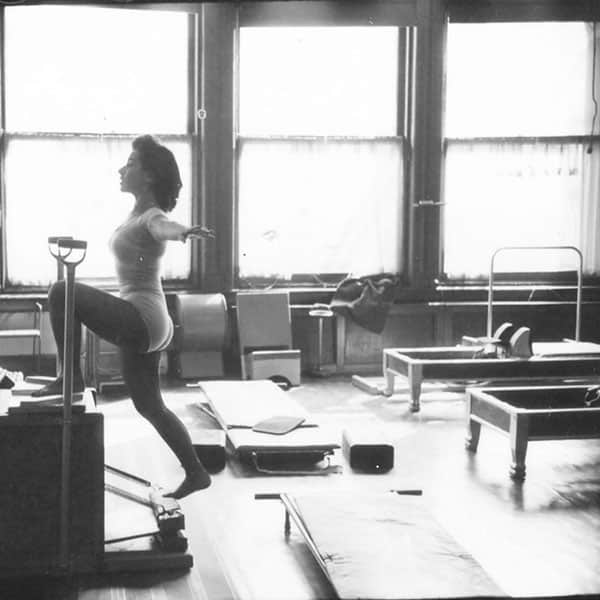 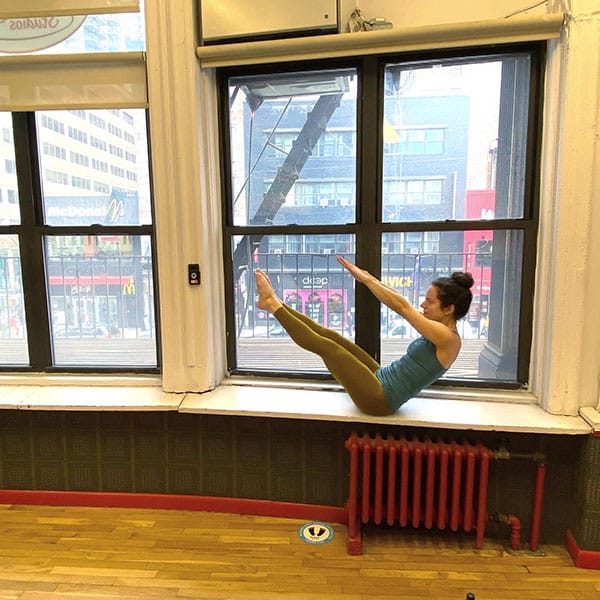 Look up, look down, look all around- words a pilates history nerd should live by!

Another Pilates Source® discovery this weekend was about the pillars behind Joe’s partition and the pipes that ran across the ceiling- and both still exist today.

The first photo I’m showing here is not actually the same exact pillar in the second photo depicting Joe and Elaine Malbin (more on that later), but it does show how the same pillars still exist today. We can see the same details, soffit, and water sprinkler pipes on the ceiling in both photos.

In the next set of photos, we can see that the floor plan today is cut differently than it was in Joe’s time, but the details still remain.

The first photo shows what were the 2 windows behind the reformers (we can see that today a wall cuts off the third window) but the pipes on the ceiling in front of the windows show us that these are in fact the same.

The pipes are clearly the same today as they were in Joe’s time, the details still remain!

Sean Gallagher, myself, and the attendees of our workshops this weekend had a lot of fun contemplating and discussing these things. These are small details but they inspire a deep connection to our work and Joe’s, too!! 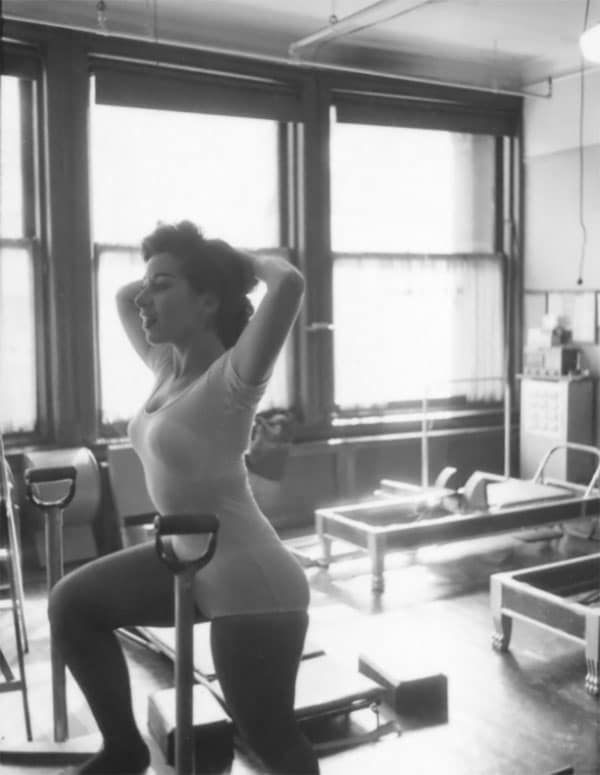 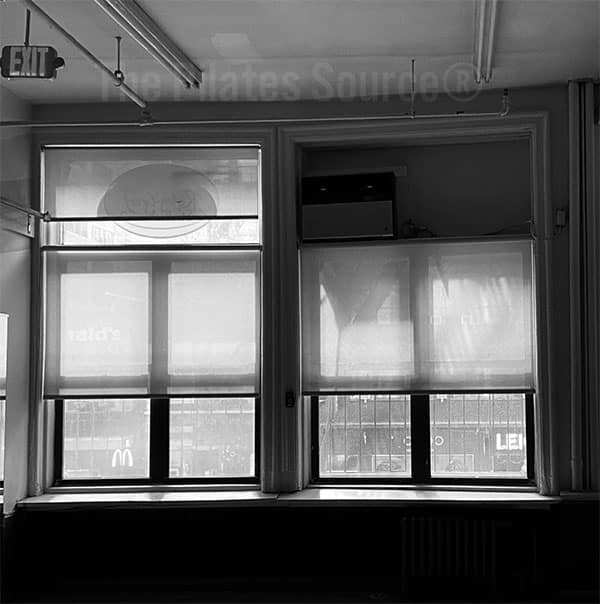 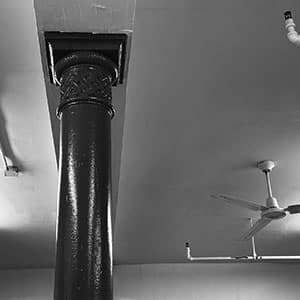 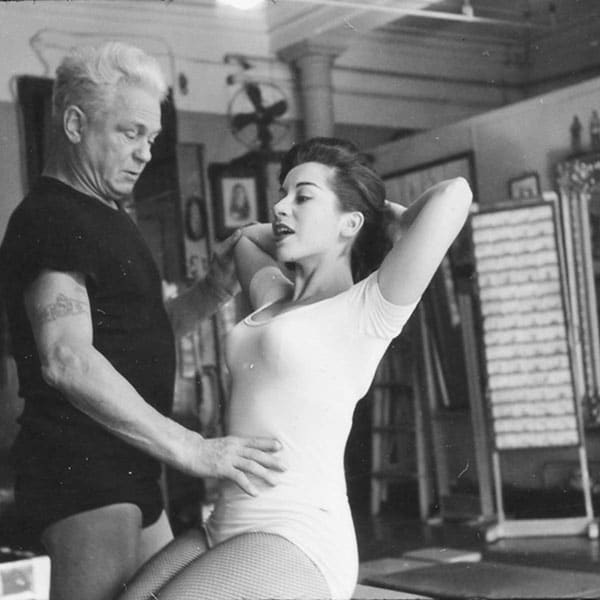 The first photo is one that I took this past weekend of the front windows at 939 8th Avenue. If you carefully, you can see that the vertical molding between the windows ends before it hits the window sill.

Then check the second photo from 1956 during Joe’s time there and see why! 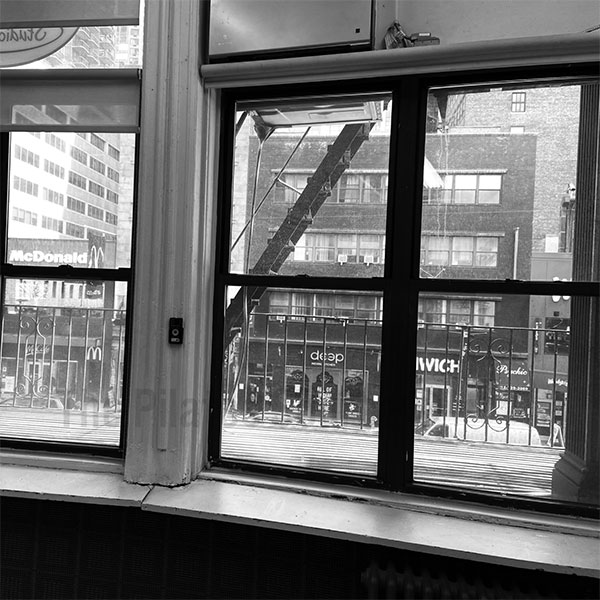 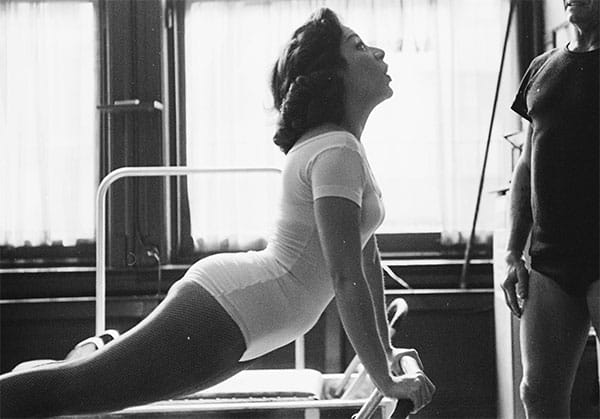 The first photo shows another space along the front of the building, and in the second photo we can see that this is the same space that Joe once had his reformers. The date of the second photo is unknown but we believe it was pre-1942. This is a different space than where he later had the reformers from the 1940’s-1960’s. We can see that some of the details still remain, such as the heater and pipes. Through Pilates Source® investigation, and other evidence, we believe this later became “the back room.” 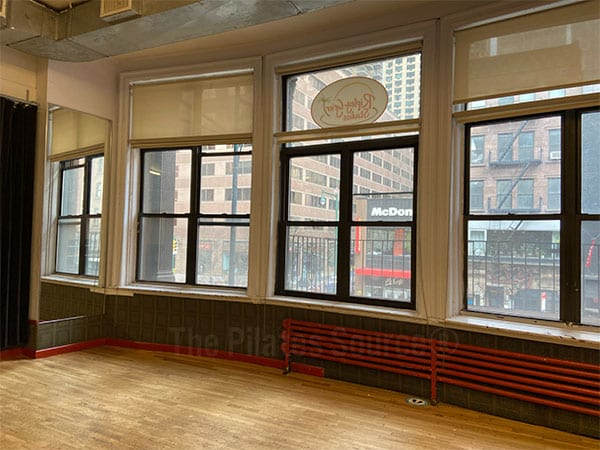 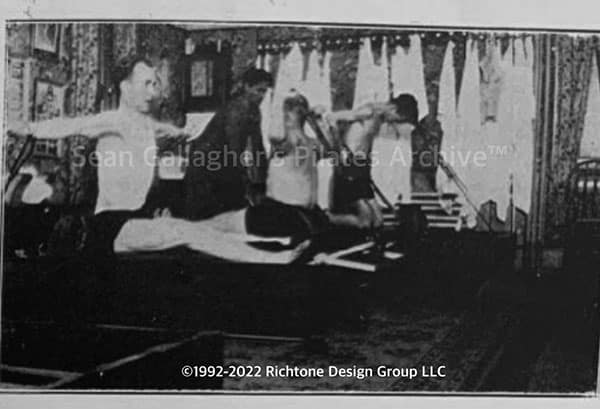 Over the years, the building contained artists’ lofts and studios. Here are three ads from the early 1900’s in that regard. Images first shared on 9/28/2022. 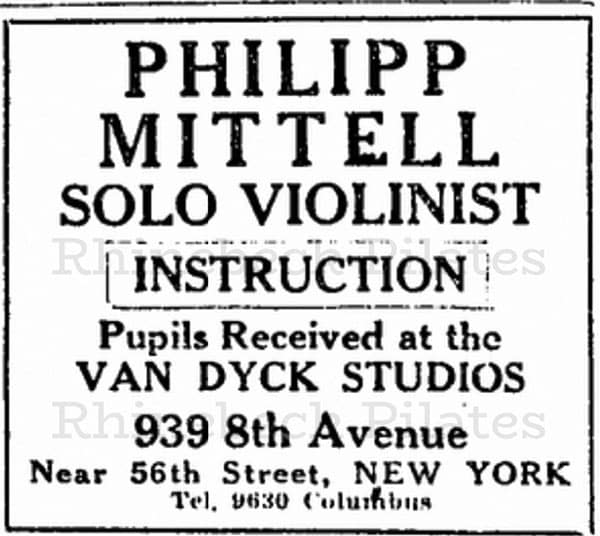 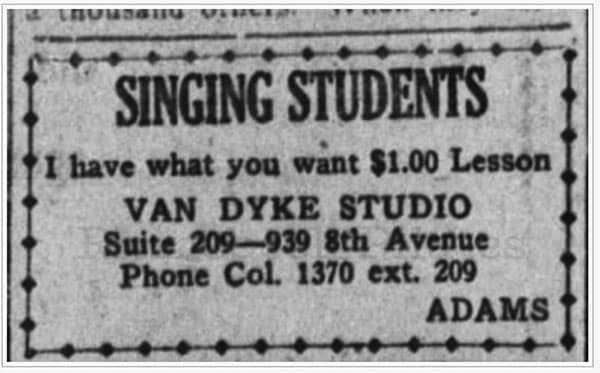 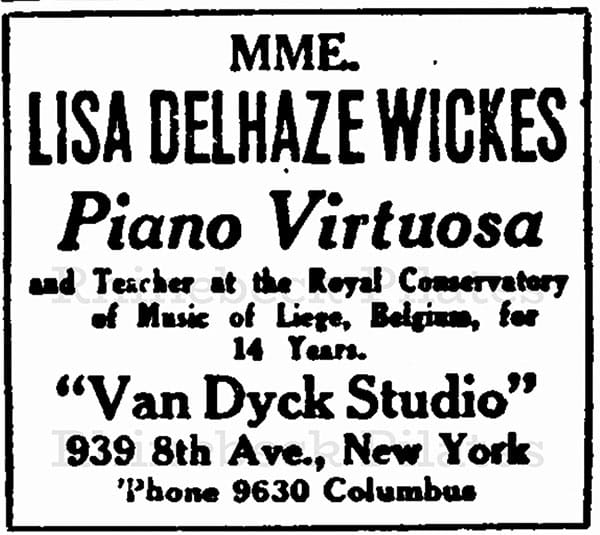 This photo is from an article from the 1970’s about one of the fires that happened at this address over the years. The victim in the photo is Clara Pilates. 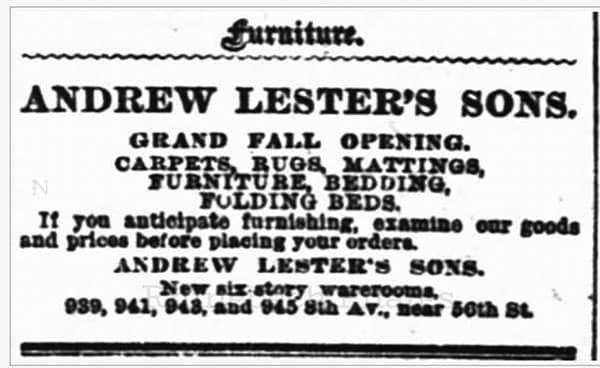 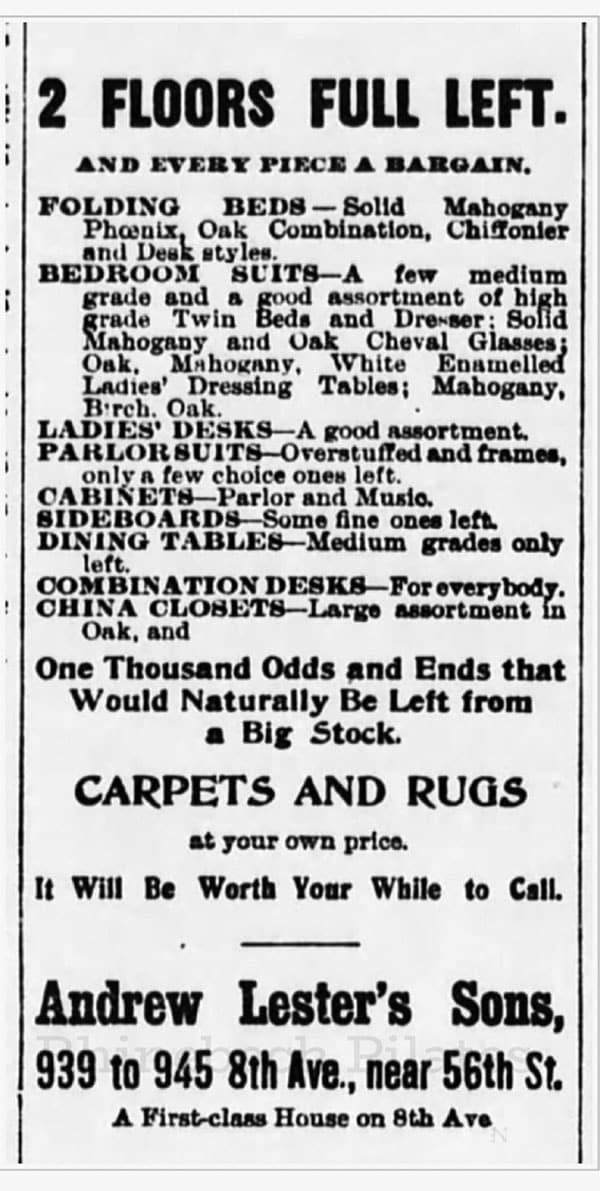 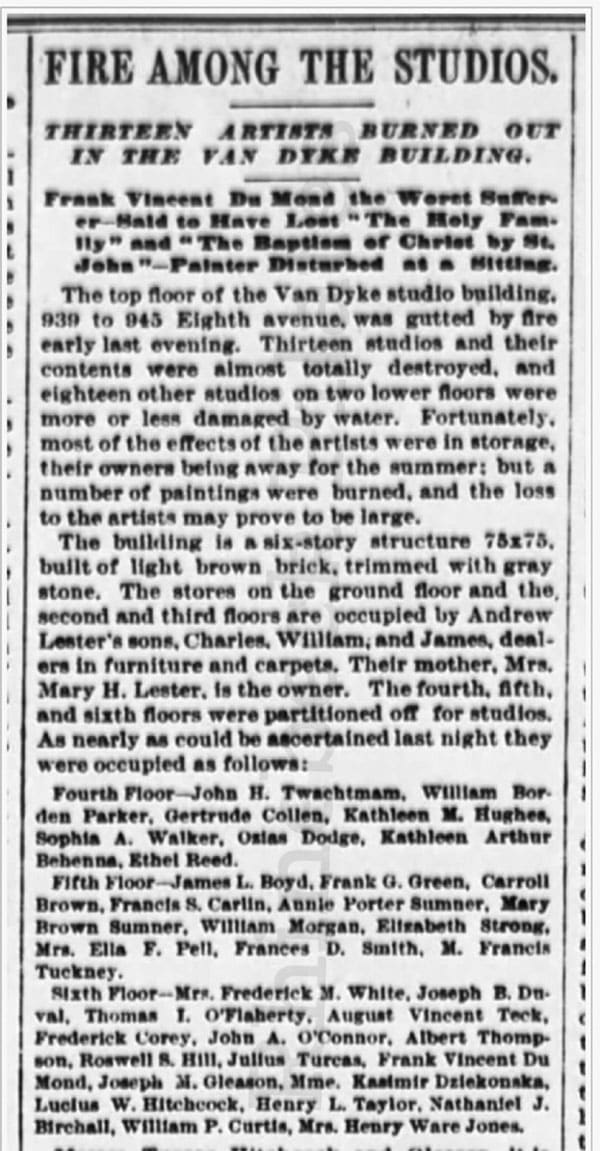 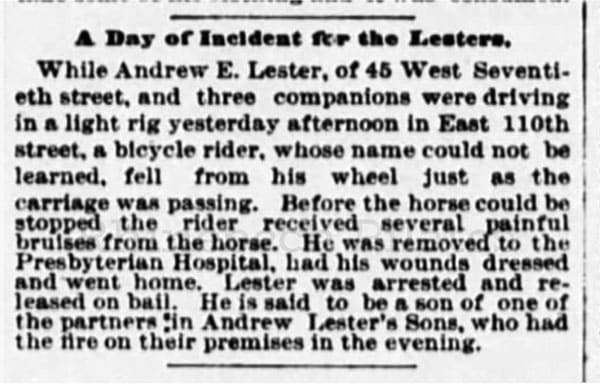 An article about yet another fire at 939 8th Avenue. The details in the article are notable, in particular the drawing of the fire by one of the artists in residence, during the fire itself. Images first shared on 9/28/2022. 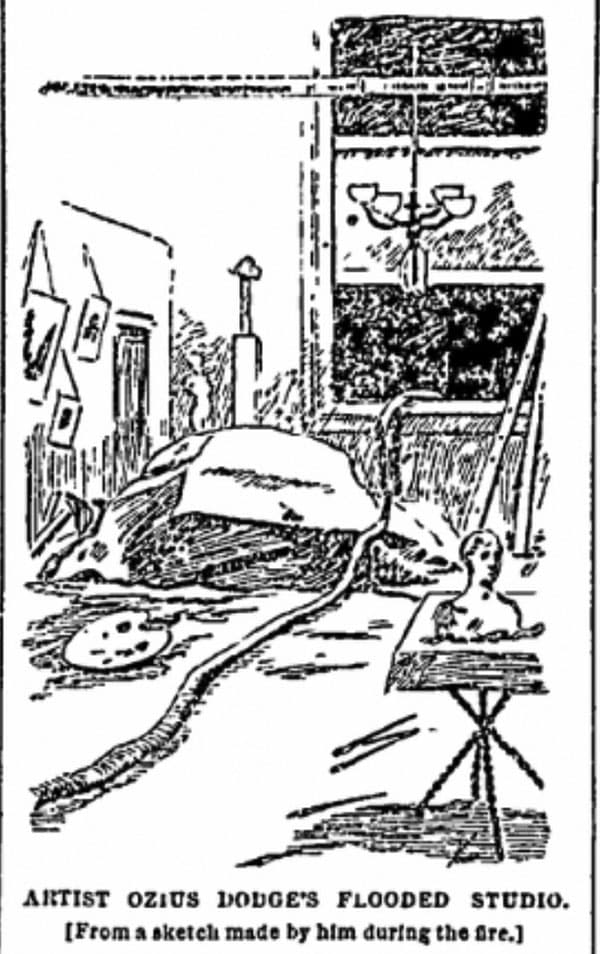 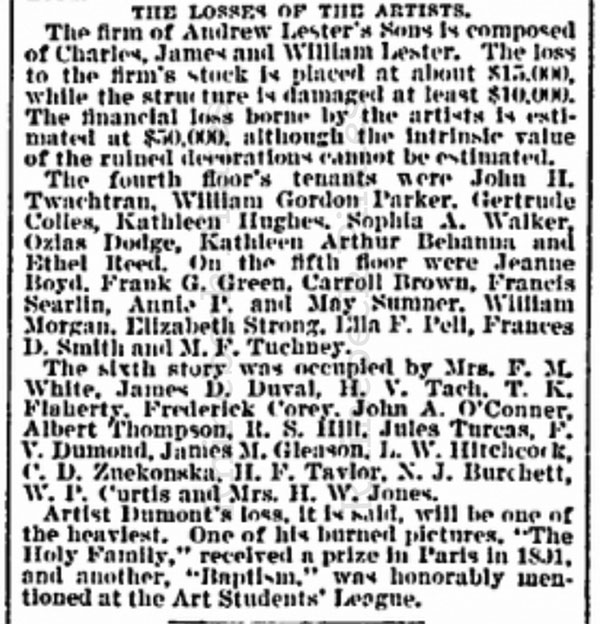 After a number of years, Andrew Lester’s Sons closed their business and rented the 2nd floor out to a bicycle company, Gormully and Jeffery Cycle Co. Images first shared on 9/28/2022. 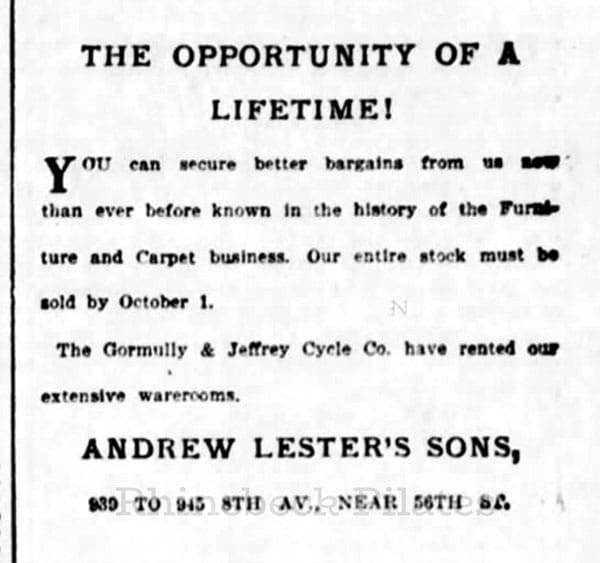 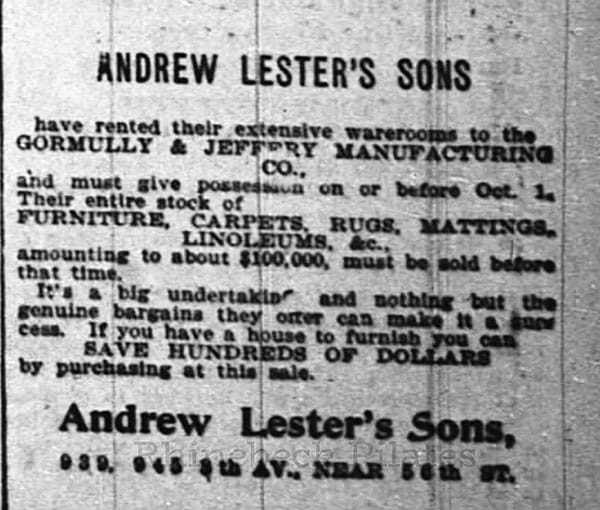 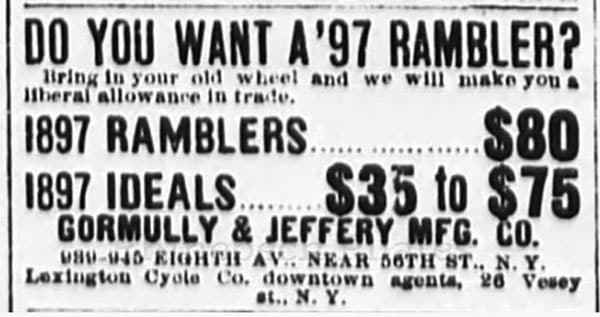 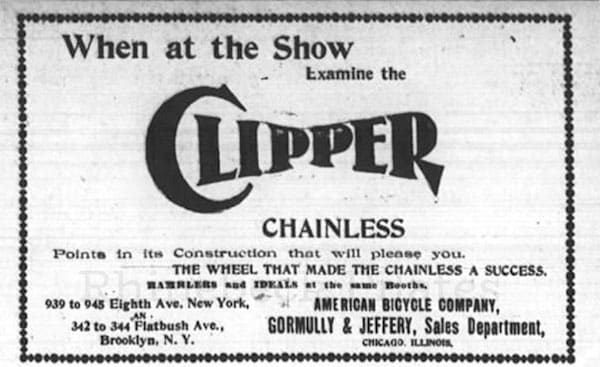 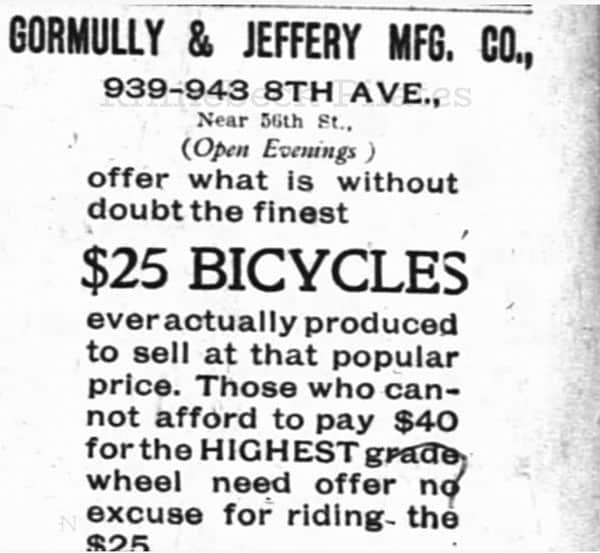 A really interesting article from the early 1940’s that gives an overview of the building and its tenants at 939 8th Avenue, as well as the history of the building. However, it does not mention the Pilates Studio.