The Pilates Studio at Henri Bendel

Geraldine Stutz was a pioneer businesswoman and extremely creative thinker. In the 1950’s she was Vice President of I. Miller Shoes where she helped launch Andy Warhol. From there she was hired as president of the failing Henri Bendel department store and was given three years to make it profitable. By 1964, Henry Bendel had experienced a 10 percent increase in sales, the largest increase in its history. By 1967, it had doubled its sales. Also in 1967, with financing from an international consortium, Stutz purchased Bentel for 8 million dollars, becoming its managing partner and 30 percent owner.

During her time at Henri Bendel, Geraldine Stutz took risks and did things that had never before been done in department store history. She invented the idea of a “Main Street of shops” on the first floor of the store, which gave new designers small “store fronts” to sell their wares, many becoming famous during and afterwards, such as Ralph Lauren and Perry Ellis.

Another totally unique idea she had was to put a pilates studio on the top floor next to the hair salon. Joseph Pilates oversaw its installation, and it was run by Naja Cori before Kathy Grant took it over.

This famous article about the beginning of the Henri Bendel’s Pilates Studio shows Joseph Pilates sitting on a Wunda Chair outside the department store while the other apparatus is being carried in. Shown in the photo is a Cadillac bed, Ladder Barrel, and what looks to be a long box. We know that the apparatus in the Henri Bendel’s studio was wood, not metal, although at this point in time Joe was using metal for his own equipment in his studio. History points to 1960-61 as the year that Joe switched to metal for his equipment at 939 8th Ave. Images first shared on 7/1/21. 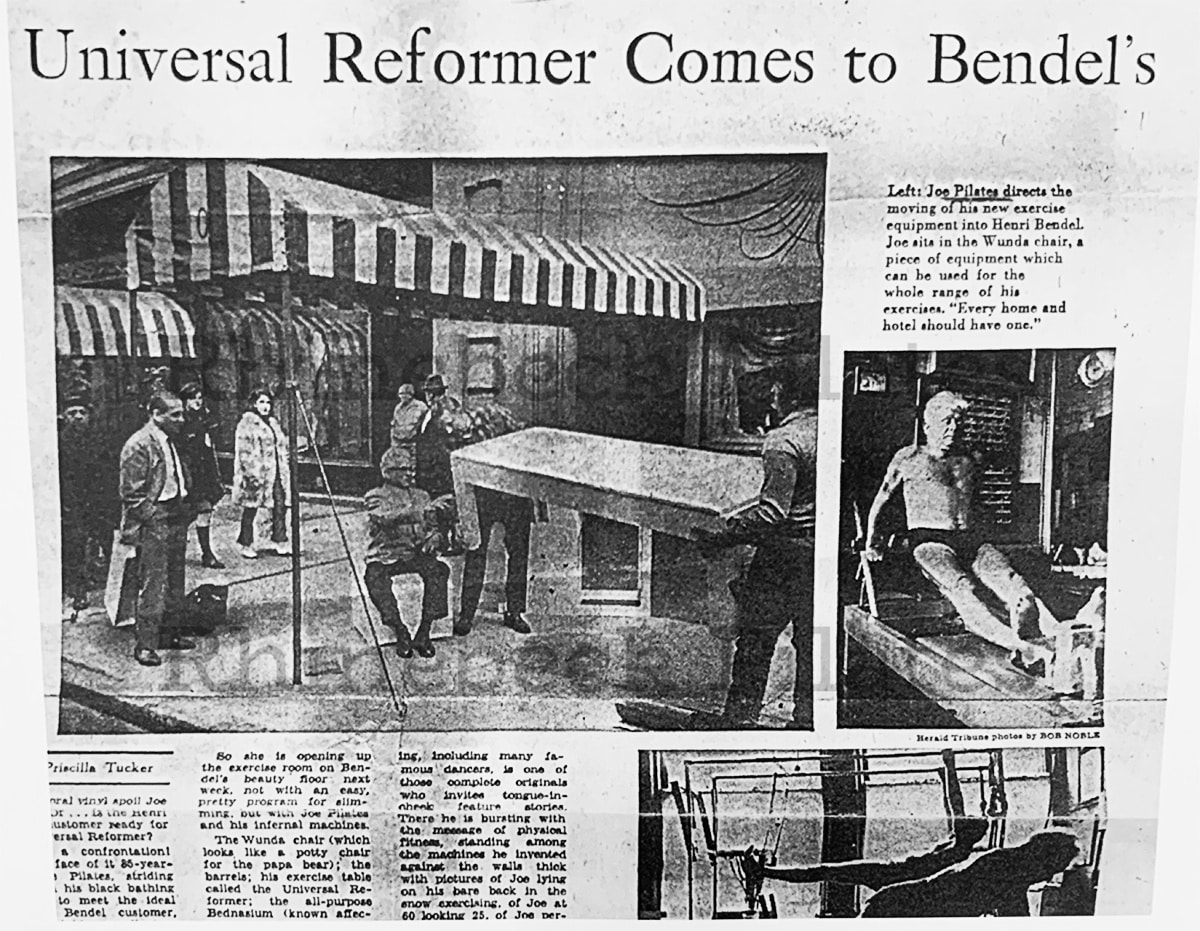 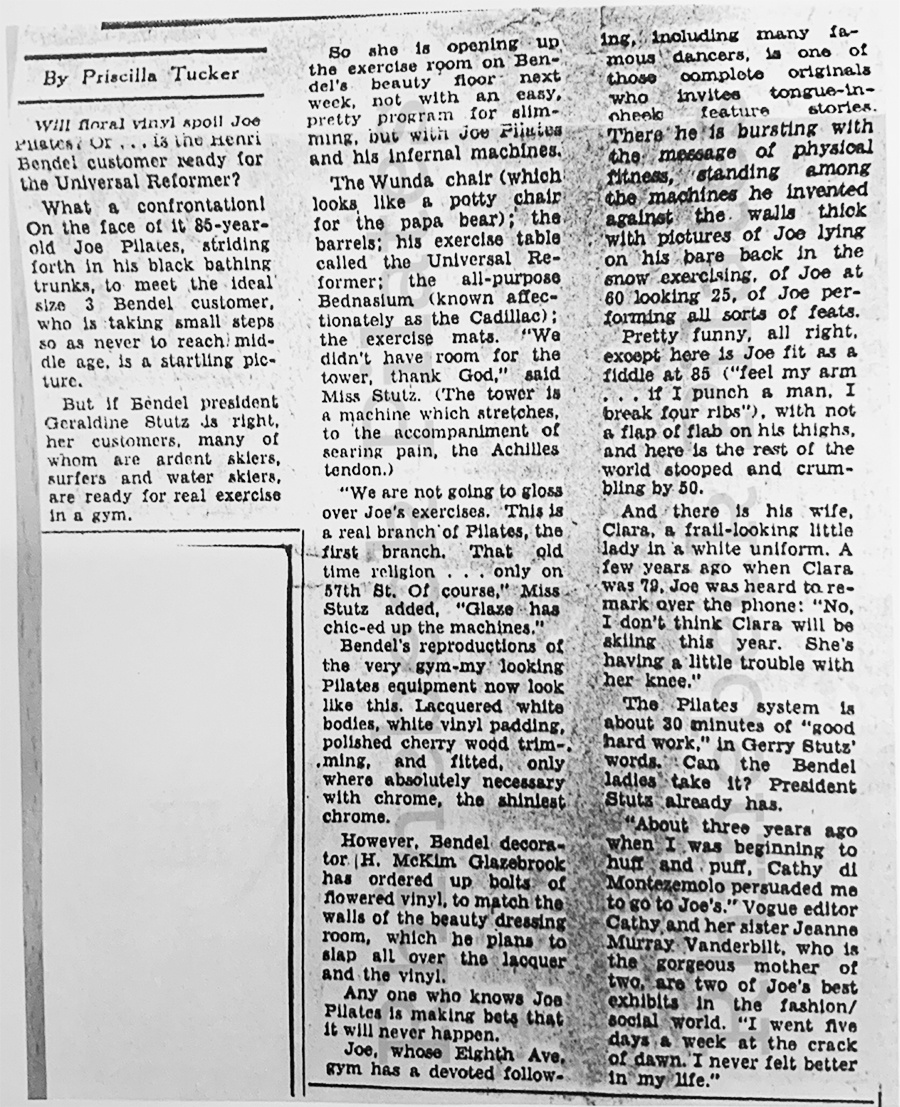 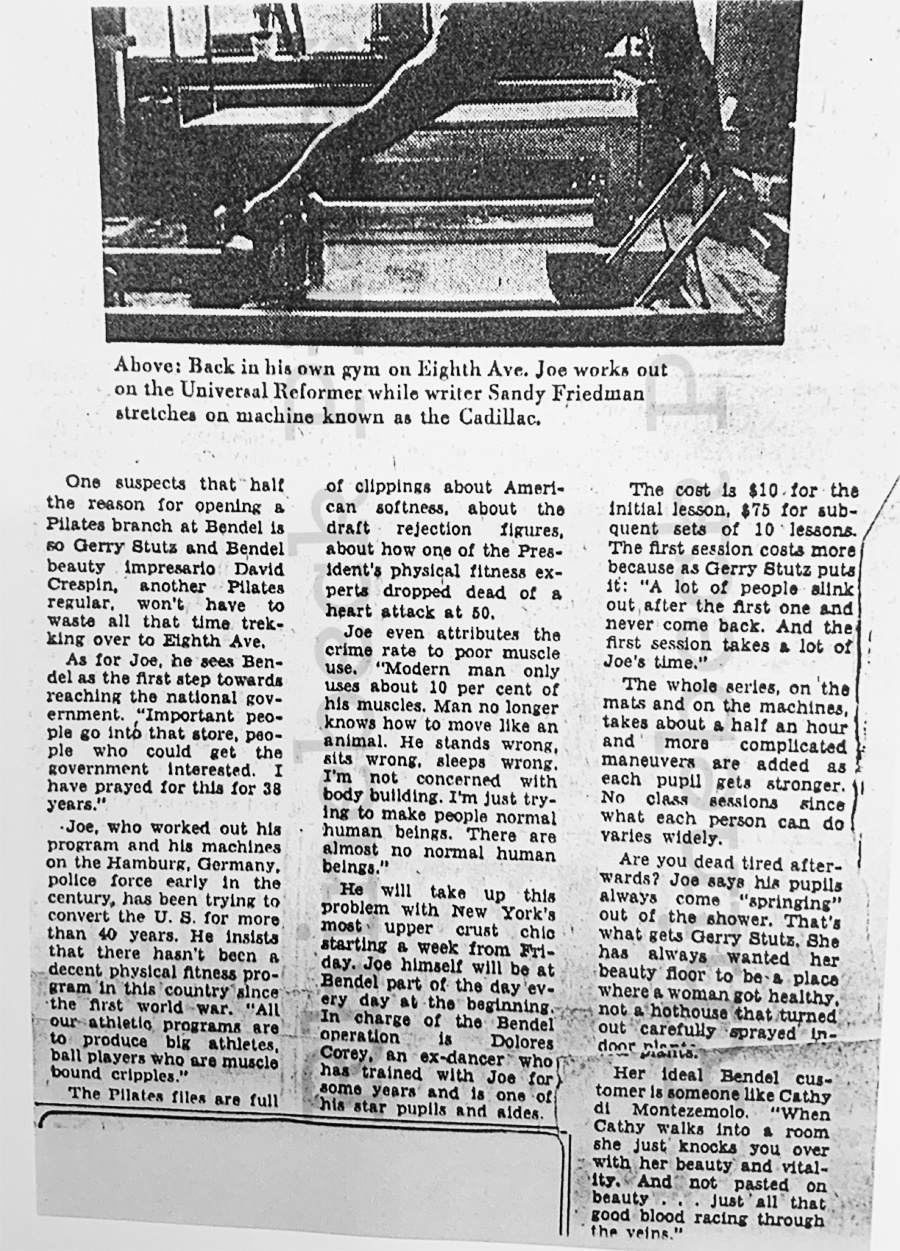 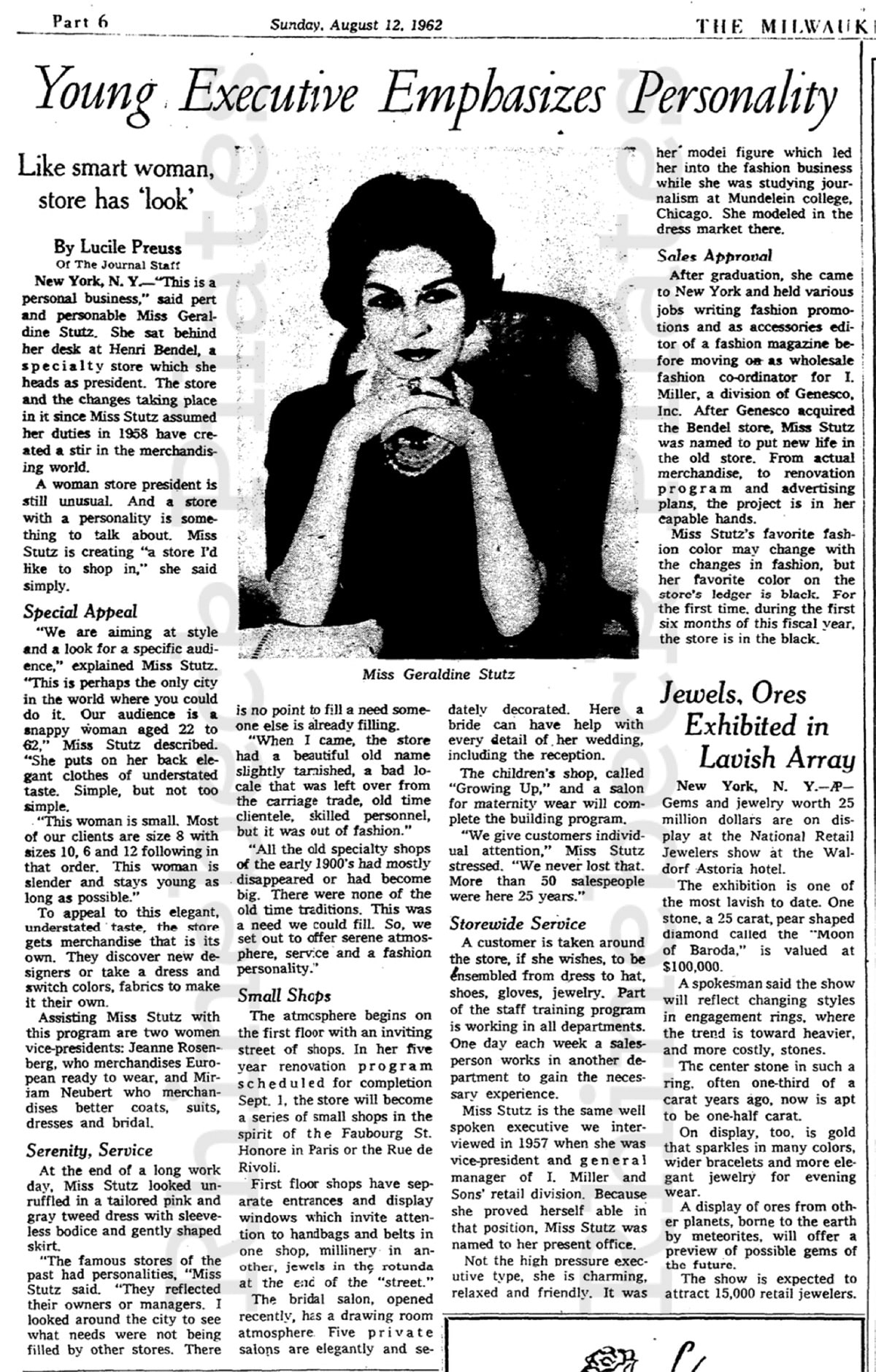 A very rare advertisement for Henri Bendel, which shows the figure at the top, implying that there’s a place to exercise on the top floor- which we know was the pilates studio! Image first shared on 4/7/21. 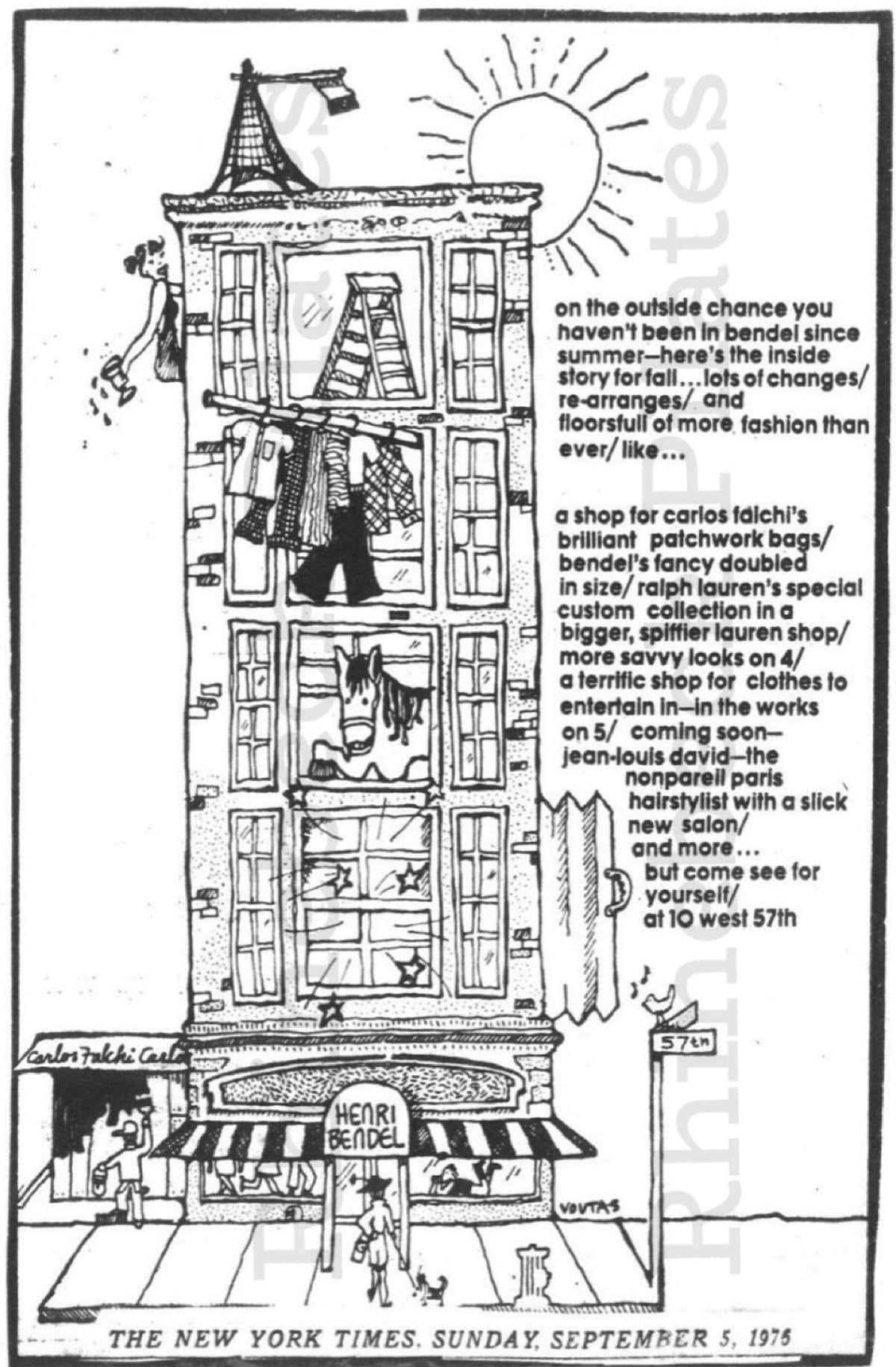 If you’re curious as to what the hair salon next to the pilates studio at Bendel’s looked like, this is it. Image first shared on 4/7/21. 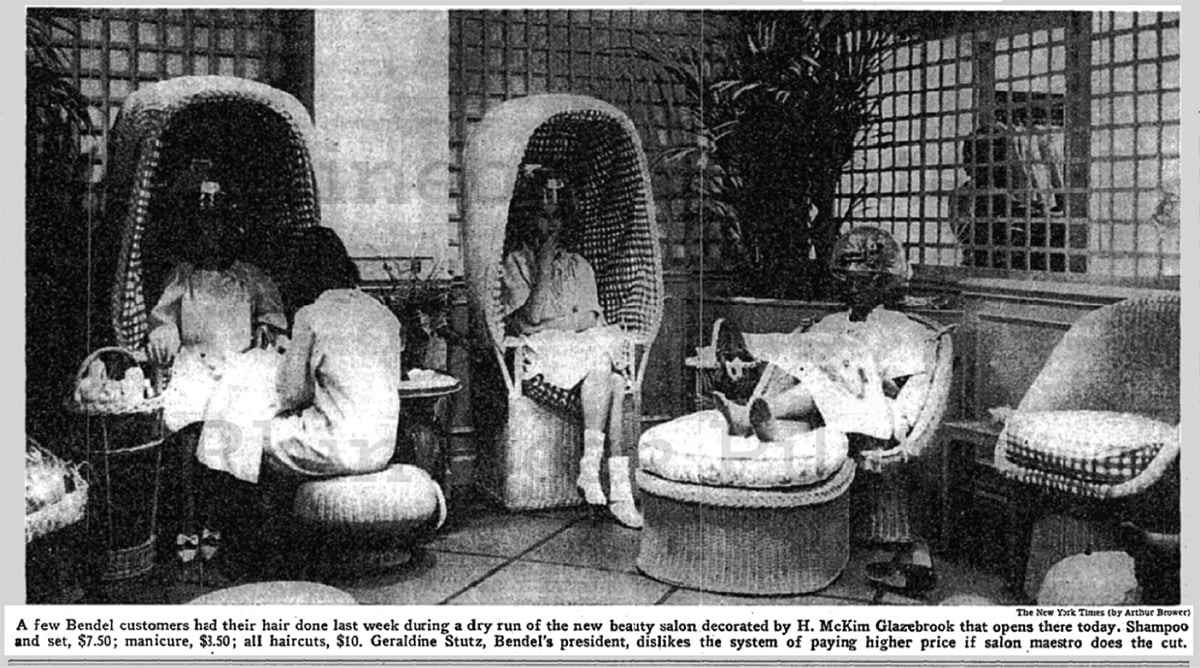 A clip from an article about places to work out in New York that mentions Kathy Grant at Bendel’s. Image first shared on 4/7/21. 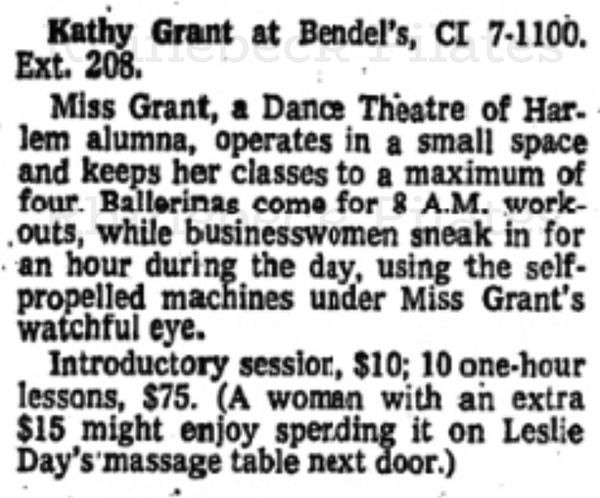 An article that mentions the original Pilates Studio as well as the Bendel’s Studio. Image first shared on 7/22/22. 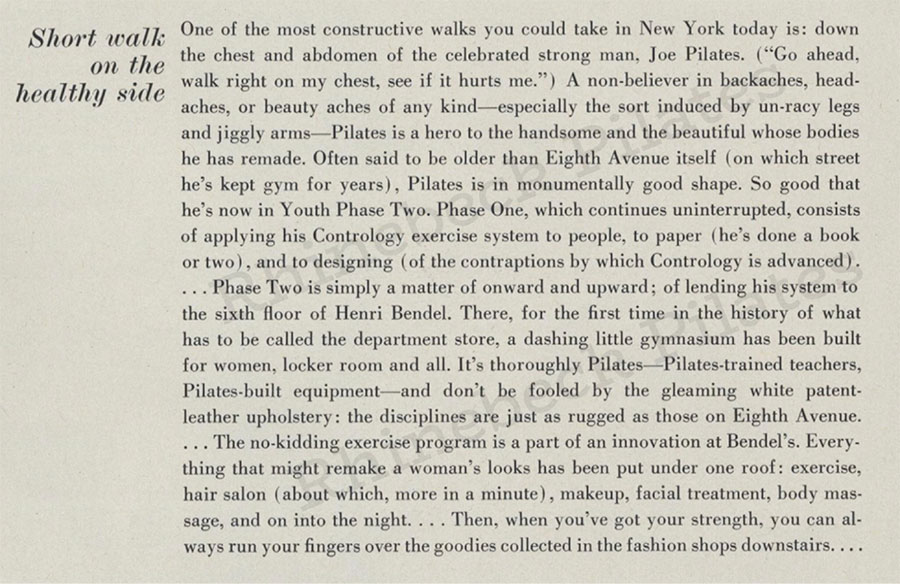 A rare article that covers Naja Corey’s time at the pilates studio at  Bendel’s. Image first shared on 5/6/21.